A Change in the Real Estate Market !

The only thing that will remain the same in the Real Estate market is CHANGE ! and that will remain true of the real estate market and is something we can count on from now on. As a result, you can expect to see some changes in the real estate industry for the remainder of 2016. After more than a decade of ups and downs, the housing market has seemed settled into a steadier healthier mode. In the last couple of years national home prices have increased, but the forecasts is that home prices will stabilize by end 2016 which will bring us a more solid stable real estate market. Which will be great for business !! So here are some expected changes to the real estate industry.

Here’s how real estate will change this year:

Higher Rents– Its True hat people are getting squeezed in rent. That’s not going to change. Expect rents to go even higher in 2016. That doesn’t necessarily go well for residential real estate investors. People will find that it’s more affordable to buy than rent, they’ll start shopping for homes quickly. “as noted we have been seeing more renters buy houses than we’ve ever seen. They’re pricing out mortgages at low rates and realizing that they can save money and build equity by purchasing a home instead of renting an apartment.

Higher Mortgage Rates– As of today, the current rate on a 30-year fixed mortgage is around 3.7% and By the end of 2016, expect that number to go higher. In 2015, we saw a great deal of movement in mortgage rates. The average rate went up, but then it came back down again. You can expect those types of swings to continue. However, by December you should expect to see the average mortgage rate stand at somewhere around 4.5%. Those higher rates will, of course, drive mortgage payments higher. which in return keep prices of homes more stable.

Millennials– But Not as Much as in 2015. they were far the largest percentage of first-time homebuyers at 68 percent. Expect that trend to continue this year as a housing industry hungry for sales develops homes for the Millennial market.

Gen-Xers — Gen-Xers are often in the “financially recovering” category. That is, they’ve made some mistakes with their money or struggled during the Great Recession. In 2016, look for them to emerge as viable homebuyers.In some cases, Gen-Xers will sell their primary residence to move to a better neighborhood. In other cases, they’ll sell so they don’t have to pay rent anymore (see point No. 1). In either case, they’ll provide a boost to the real estate market that will certainly be appreciated.

Great Year to Sell– Overall, expect real estate prices to jump a bit in 2016. That means it’s going to be a very good year to sell. Supply is still tight, which is advantageous to the seller. The buyer doesn’t have a lot of choices and may have to settle on paying a little more than originally planned just to get into a great place.

The Bottom Line It’s impossible to predict the future in any market. Although there will be changes for sure, the changes will be GREAT for the the real estate market and it looks to stand very strong in the next few years to come !!! The housing market has come a long way since the Great Recession, but the recovery has been uneven, and some areas still have a long way to go. A stable housing market is one that’s fair for both buyers and sellers. All the signs mentioned point to a more balanced road ahead for the housing market  and for the next years to come so go out there and Attack This Great Market !!! 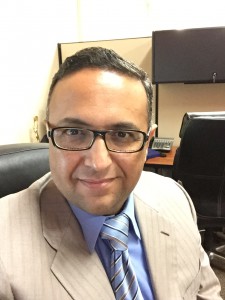